former Operations and Culture Specialist at Evolve GF, Kaelan was chosen by the Evolve Grand Forks board of directors, for his community-building expertise, community knowledge, and future vision for the organization. 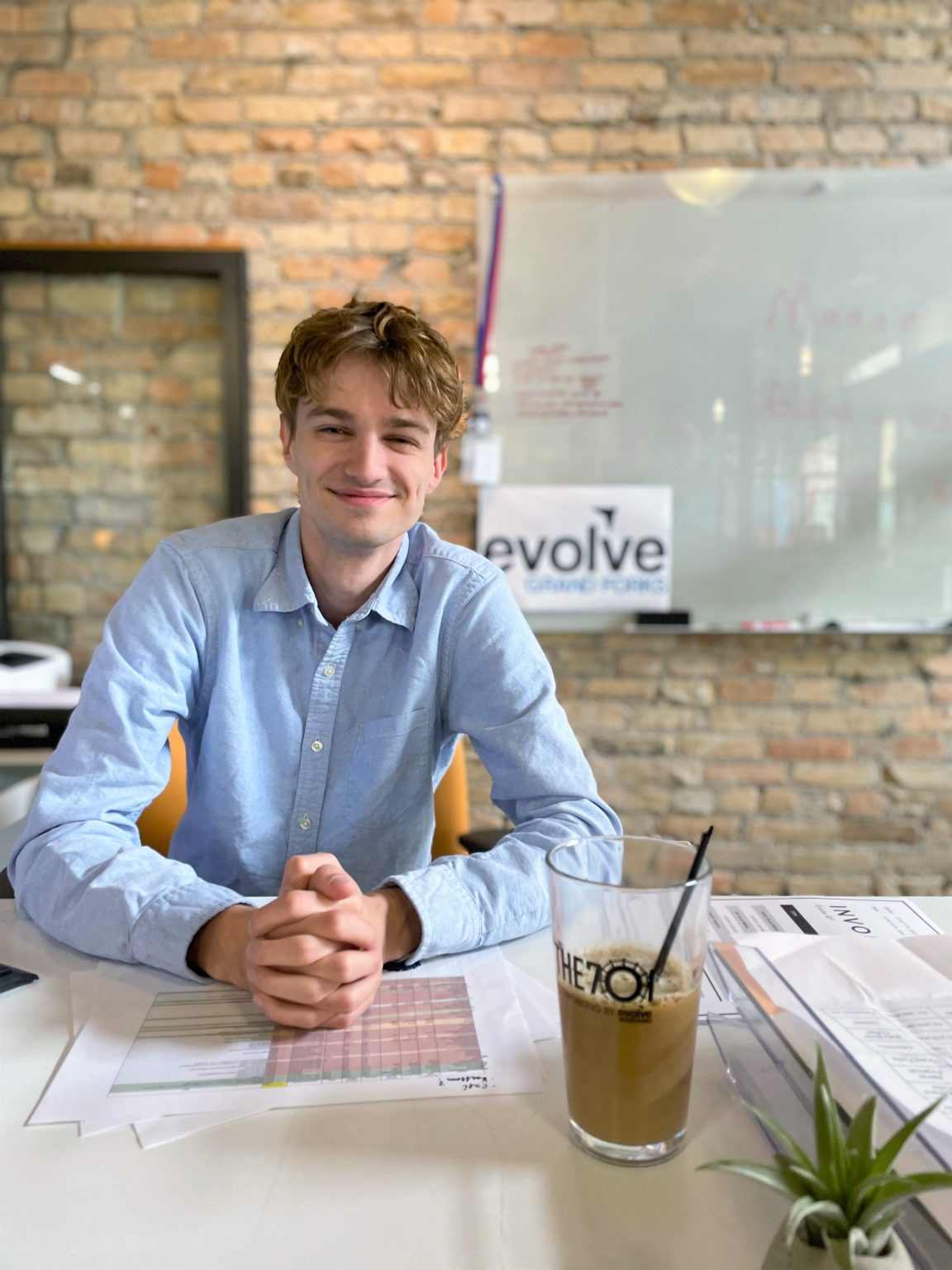 GRAND FORKS, ND – Evolve Grand Forks announces the selection of a new executive director. Kaelan Reedy, formerly Operations and Culture Specialist at Evolve GF, was chosen by the Evolve Grand Forks board of directors, for his community-building expertise, community knowledge, and future vision for the organization. The board is chaired by the City of Grand Forks’s Public Affairs Manager and composed of entrepreneurs from the Greater Grand Forks community, several Grand Forks institutional partners, and financial institutions.

Kaelan Reedy is from Mandan, North Dakota, and recently graduated from the University of North Dakota with a degree in Political Science and Public Affairs. After finishing his term as UND’s Student Body President, he sought to continue his work with Evolve Grand Forks, where he assisted with the direction of programs, studied the entrepreneurial ecosystem, and helped grow coworking membership at the 701 coworking space. Reedy will succeed Maggie (Smith) Brockling, who accepted a position at the City of Grand Forks in May.

During her tenure, Brockling raised over $200,000 in grants and sponsorship alone; implemented a city-wide digital gift card program to offset the impacts of COVID-19; and upgraded many attributes of The 701 Coworking space Brockling attributes many of the successes to powerful collaboration; meaningful institutional partners; and just plain grit.

“Evolve GF is extremely fortunate to have Kaelan step into the role of Executive Director as we move into year five of existence,” said Public Affairs Manager Greta Silewski. “His past experience working in our organization has been nothing short of impressive. He brings a tremendous amount of knowledge and experience to his new role, one of which is building relationships and cultural transformation. We look forward to Kaelan broadening market access for entrepreneurs by advocating solutions, and building connections.”

Reedy assumed his responsibilities as executive director on June 2.

PLEASE TRANSITION ALL EVOLVE GF CONTACT TO THE FOLLOWING: